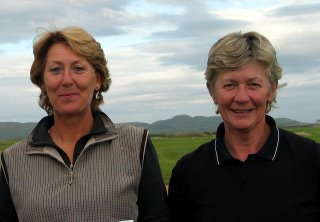 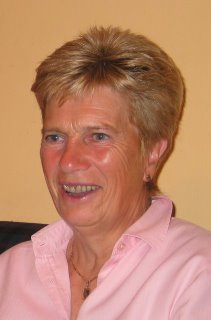 Hampshire player Christine Quinn won the weather-affected Senior British women's open amateur golf championship for the first time at Dumfries and County today
Despite being one of the 27 players who had to halt their second finish when the course became waterlogged on Wednesday afternoon and resume it this morning, she was able to keep her concentration and clinch an easy six-stroke win with rounds of 75 and 78 for an aggregate of eight-over-par 224.
Top Scot was former Scottish women's amateur champion Fiona Anderson from Blairgowrie. who finished joint seventh.
Fiona De Vries (St Rule) finished with one of the better scores of the third round – a 77 which lifted her up to joint 11th place with a total of 238. Moira Thomson (North Berwick) was 3rd Scot with a total of 239
Helen Faulds (Douglas Park)was the 4th best Scot and 15th overall with a total of 240 with an excellent final round of 79. Pat Hutton (Lanark) also had a 79 in the final round to finish on 242.
Janice Paterson (Drumpellier) also made the final cut to finish in the top 40 out of a field of 100 players which was an excellent achievement in what had been an exceedingly hard 3 days with all the dreadful weather they had to endure
CONGRATULATIONS TO YOU ALL
To see the final scores Click here for the Final LGU Scoreboard
Posted by Carol at Thursday, September 21, 2006