The SGU and SLGA are inviting golfers to take part in a comprehensive Scottish Golf Player Survey to help them gain an insight into the playing habits of golfers across Scotland, with everyone who completes the questionnaire being entered into a draw to win a TaylorMade golf bag.

Questions include the frequency of your golf, both playing and practising, your thoughts on your club’s facilities and what you’d like to see improved at your golf club.

By COLIN FARQUHARSON
Colin@scottishgolfview.com
If, like me, you are wondering why Scotland are not defending the European senior women's team championship in Bulgaria this week, Dr Sheila Hartley, CEO of the Scottish Ladies Golfing Association, has the explanation which, is a very reasonable one, once the facts are explained. 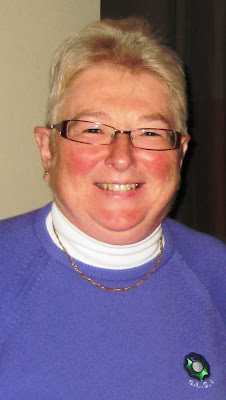 By DR SHEILA HARTLEY, CEO, SLGA
In 2009 the European Golf Association conducted a survey of its members into, among other things, the frequency (holding them in alternate years) of the ladies’ and men’s and senior men’s and senior ladies’ team championships. There were 33 responses and the majority were in favour of holding these championships every two years.
The main driver for this was economic. It costs a fortune to host one of these events (the SLGA’s budget for the European girls’ at Murcar was £65,000) and a small fortune to participate (in the region of £10-15k each).
The EGA Championship Committee recommended that a biennial frequency be introduced and this was endorsed by the EGA Executive Committee at its meeting in December 2009 where it was decided that from January 2011 the Men’s and Ladies’ Team Championships would be held biennially in odd years with the seniors in even years.
Following the 2010 Senior Team Championships the team captains, with no authority from their governing bodies, wrote a letter to the EGA petitioning for the Senior Team Championships to be held annually.
I must tell you that Pam Williamson did not sign the letter from the captains of the ladies’ teams.
The letter was discussed at the EGA Championship Committee in October 2010 and referred to the EGA Executive Committee for decision.
At the meeting of the EGA Executive Committee in October 2010 the decision taken in December 2009 was reversed.
The Home Nations, England, Ireland and Scotland (Wales does not participate in senior team championships), discussed the matter and wrote to the EGA requesting that the original decision stand. However the EGA was not for changing its mind again.
Given that the economic circumstances that led to the original decision to hold the Championships biennially still prevail the Home Nations agreed that we will only participate in the Senior Team Championships in alternate years which is why England, Ireland and Scotland are not in Bulgaria or in Portugal where the Senior Men’s Championship is being held.
Hope this clarifies things for you.
Regards
Sheila

From the SLGA Website
Teams to represent Scotland at the forthcoming Home International Matches are:

FINAL RESULTS AND SUMMARY FROM THE MILLER STIRLING TROPHY

Scotland are beaten by the South on Day 3

Not our finest hour!
Not only did Scotland fail to beat the South, they lost in spectacular form. After losing all the foursomes, they lost all the singles bar one which thankfully they halved. 8 1/2 to 1/2. Of course several of the games were very tight, three going to the eighteenth hole but in itself, it does not bode well for the Home International team in October, the selection for which is pending. Captain Pamela Williamson (Baberton) and Vice-captain Helen Faulds are naturally very disappointed considering the promise of the early games. They will no doubt be turning over many questions in their minds as to what went wrong.
Results:

Foursomes
Lorna Bennett and Elaine Allison lost to Carole Weir and Lulu Housman 5 and 3
Mary Smith and May Hughes lost to Chris Quinn and Carole Caldwell 2 holes
Karen Ballantyne and Kathleen Sutherland lost to Irene Brien and Cathy Armstrong 2 holes
Scotland 0 South 3
Singles
Karen Ballantyne lost to Chris Quinn 7 and 6
Lorna Bennett lost to Carole Weir 1 up
Heather Anderson lost to Carole Caldwell 1 hole
Mary Smith halved with Lulu Housman
Alex Glennie lost to Jeannie o'Keeffe 4 and 2
May Hughes lost to Irene Brien 2 up
Scotland 1/2 South 5 1/2
Total Scotland 1/2 South 8 1/2
Results of the games between North and Midlands have not been accessed and therefore the winner of the Miller Stirling is not known as yet. If Midlands has won there would have been a countback. The webmaster is not even going to think about hazarding a guess as to how that would go. Result awaited but sadly, not us this year.

Scottish Vets Draw with the North on Day 2

Scotland have not lost a match in the Jamboree. Today they drew with the North of England. Considering the rampage they went on yesterday to win all but one of their singles, they were more than likely a little disappointed with today's result. They won the morning foursomes by two games to one but unfortunately were unable to cash in on yesterday's magic touch to repeat singles success. They only managed to win two of the singles, halving one and losing two. Sum total - a draw.

Those watching the weather forecast at home will have noticed that this area of England was spared Scotland's drenching. With the South being tomorrow's opponents, it is cheering that they, the South, lost to the Midlands, 3 1/2 to 5 1/2 which was the margin of Scotland's success yesterday. But experienced data collectors in this particular match will know there can only ever be one reliable method of predicting a result and that is not to predict at all. The only sure way to retaining the MIller-Stirling is to go out there all guns blazing and win it. The only division who cannot win outright is North but a win by them would put an end to the Midlands' aspirations. Although Scotland leads the table after Day 2, any of the others apart from the North could win.

Thanks go to Noreen Fenton (East Vets) for the report
Posted by Carol at Thursday, August 11, 2011

Scottish Vets Win on Day One of the Miller-Stirling Salver

Scotland made the very best possible start to their defence of the Miller-Stirling Salver when their Vets team produced a magnificent turnaround on Day One. They converted a negative situation from the morning foursomes to a great thumping win after the singles in the afternoon. In the morning, in relatively good conditions (unlike at home) despite a troublesome wind, and playing against the strong Midlands side, they went down 2/1 in the foursomes. Alex Glennie and May Hughes from the West Division, brought in the winning point against Anne Booth and Carol Gibbs - at least one former Curtis Cup player there (webmaster not having details at hand and memory getting worse as the years go by!) But lunch must have set the team up good style for a real tussle. They won all but one of the singles to win outright by 6 games to 3.

East Division's Karen Ballantyne, not having played in the foursomes, led the team out in the afternoon against the highly experienced Janet Melville, whose pedigree needs no embellishment. After a terrific battle, Karen saw off the opposition on the last hole.

Thanks go to Noreen Fenton East Vets Webmaster for the report
Posted by Carol at Wednesday, August 10, 2011


The West Vets played their annual foursomes match against the East Vets at Troon Portland today. I am delighted to report that West had a good win and the Friendship Trophy returns to this side of the country! The course looked a perfect picture today with lots of sunshine and blue sky. A very strong wind made conditions tough for everyone - drivers at 2 of the short holes! Probably a 2 to 3 club wind but the plus side was a sea of gorgeous 'white horses' and no rain! We met around 10am for coffee and bacon rolls before setting off at 11. There were 5 matches, no strokes, and all five were extremely competitive but enjoyed by everyone. Several people were playing the course for the first time and they all enjoyed it thoroughly. Despite the difficult conditions they all would be happy to return on a future occasion. Following the match we had a lovely meal in the clubhouse and plenty of fun and laughter. A lovely way to spend a Monday! Thank you to all my team for agreeing to play today and well done to everyone.

Results:
Enid Young and Sandra Gilchrist beat Clare Bowe and Denise Mitchell
Marion Stewart and Rena Simpson beat Gina Thomson and Gilly Glen
Jennifer Graham and Ruth Henderson beat Pam Townsend and Kate Johnston
Freda Bunch and Fiona Roger halved with Phyl Early and Mary Richardson
Anne Aitken and Ann Dunn lost to Sandra Ashurst and Carol MacLeod
I would like to thank everyone who played in the 3 matches this season - a win against the Midlands Vets at Alloa (scratch singles, team handicaps 10 and over), a win today against East Vets at Troon Portland (scratch foursomes, team handicaps 10 and over) and a halved match against the East Vets at Gullane (scratch singles, team handicaps 9 and below) - well done.
Fiona
Posted by Fiona at Monday, August 08, 2011