MIDLANDS  VETS  VICTORS   OVER  WEST  VETS
It was lovely once again to hold our first team match since 2019, so well done to Captains Chris Fowler and Dorothy Ford for organising their teams.

It was a pleasure to play at Troon Portland in such lovely weather, and with the course in great condition.

The ladies at the Club made us most welcome, and with wonderful catering – what could go wrong !

However congratulations go to Dorothy Ford and her strong team for winning the Mid West Trophy by 5 games to 2.

The games went as follows :-

Ann Shanks lost on the 18th against Myrtle Gilbert

Report and photos by Past Captain June Lockhart (in the absence of Captain Chris Fowler, due to her post code !!)

I think we were quite lucky with the weather for today’s golf considering the forecast, although it was wet and blustery at times.

In the first semifinal in the Championship between Joanne Sharp and Donna Jackson went to the 20th – a great match, with Joanne eventually winning.

The other semifinal was between Lesley Lloyd and Liz Stewart, with Lesley winning 3 & 2

The Championship Final between Lesley and Joanne saw both players matching each other for the first few holes, then Lesley went two up, Joanne pulled this back to be all square at the turn. Lesley then got the two holes back and went onto win 4 & 3.

In the Stewart Trophy, the first semifinal was between Ann Shanks and Josephine Monaghan, both from Dumbarton GC and they play together!

In the other semifinal Anita McMillan won 3 & 2 against Lyn Black.

The final in the afternoon between Josephine and Anita, Josephine who is one of our newer members, won 7 & 6.

Obviously with restrictions in place, there were only a few spectators, from the morning matches watching the games.

A special thanks to Renfrew GC for making us very welcome for the two days, all members we spoke to were genuinely interested in the competition. The course was in excellent condition.

A special thanks to Alex Hammell, the Club Secretary, who was on hand to make sure everything was in place.

Also a big thanks to Liz, the new catering manager for looking after us for the two days.

“Thank you to all spectators, those who came along in the afternoon & to the players who lost in the morning and stayed onto give their support."


Apart from a few showers, the first day lent itself to good golf conditions at Renfrew GC.

There a few new faces in both Competitions which is great to see.

Gillian Kyle was first on the tee against Liz Hale, and won game 5 &3

Joanne Sharp went to the 18th to win against Roz Purdom.

Donna Jackson won 5 & 4 against Helen Craig, one of our newer members.

May Hughes was playing another new member, Mary Scott and won 5 & 4.

Lesley Lloyd should have been playing Linda McDougall, who unfortunately had to pull out of the Championship.

The last game was won by Carol McNally against Jeanette McCartney.

The 8 players in the Championship and the 8 in the Stewart Trophy went out in sunshine in the afternoon and it stayed that way for all the matches.

The first match, Gillian Kyle against Joanne Sharp, went to the 18th, with Joanne winning.

Donna Jackson won against May Hughes, 1 up, again going to the 18th

Anita McMillan had a tough match against Jocelyn Faris, eventually winning at the 1st extra hole.

SOME PHOTOS - COURTESY OF CHRIS FOWLER

Gillian Kyle takes the tops honours in the Summer Meeting


After over a year and a half when no WestVets golf has been played, it was great to have 63 of our members playing at Cathkin Braes in the Summer Meeting and Championship qualifier.

A enormous thanks to Cathkin for allowing us to play the competition this year, after last year had to be cancelled.

The course was in excellent condition considering the downpour they had during the night. Thankfully there was only one shower – albeit a very heavy one for a few holes!

Congratulations to the overall winner, Gillian Kyle  from East Renfrewshire GC with a scratch score of 78. Followed by Lesley Lloyd (The Ladies Golf Club Troon) with a 79.

The summer meeting is also the qualifier for the WestVets Championship and Stewart Trophy (handicap), which will take place next week on Tuesday 18th May and Thursday 20th May at Renfrew Golf Club.

The committee would like to thank Cathkin Braes for allowing us to use their course and accommodating a large number of players especially at this difficult time for all golf clubs.

A special thanks for all the help we received from Bill Bain, the Secretary. Thank you also to the catering staff for looking after us so well throughout the day.

Finally, many thanks to Sandra MacDougall for all her hard work, getting her head around the new handicapping system and recording. Thanks also to May, my Vice captain for helping get the Championship and handicap draw completed. 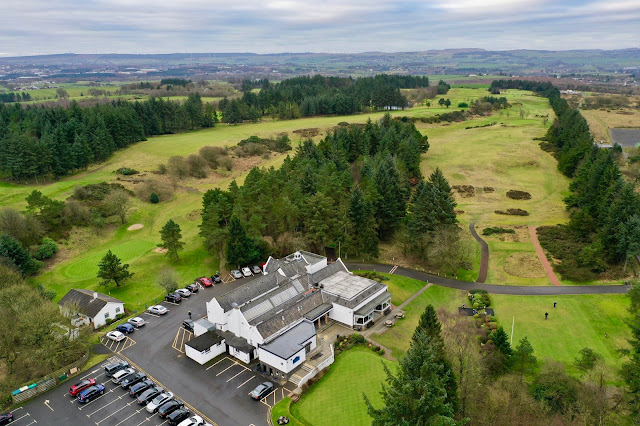 The Draw for the West Vets Summer Meeting on 12th May over Cathkin Braes is now available.
Please check this link nearer the time in case of any last minute changes.
Remember to bring a face mask. The clubhouse is open for locker room and toilet facilities.
The catering franchisee is serving food and the bar is serving soft drinks indoors - and alcohol can be consumed in the outdoor patio space.
Let's hope for some warm and sunny weather.